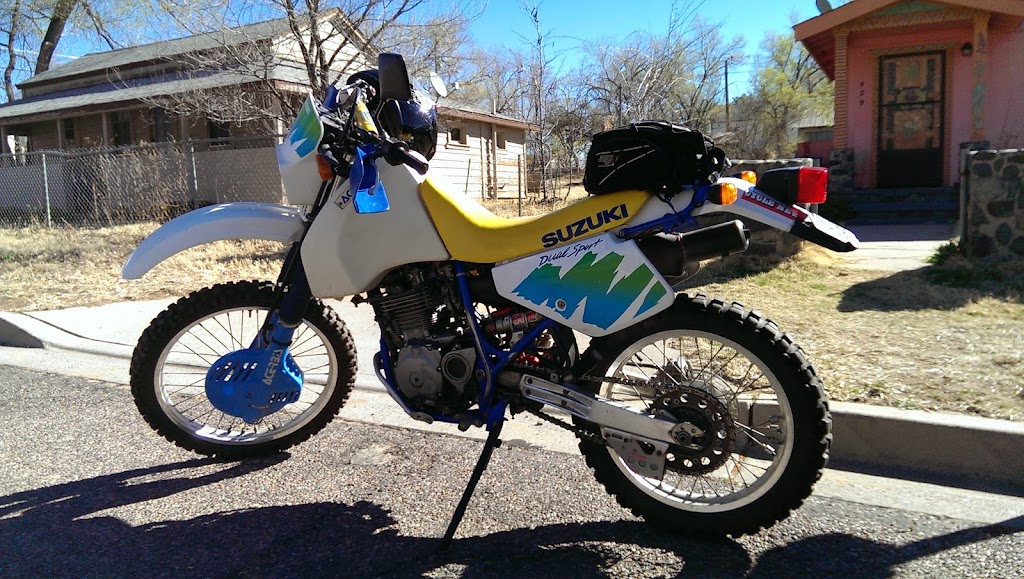 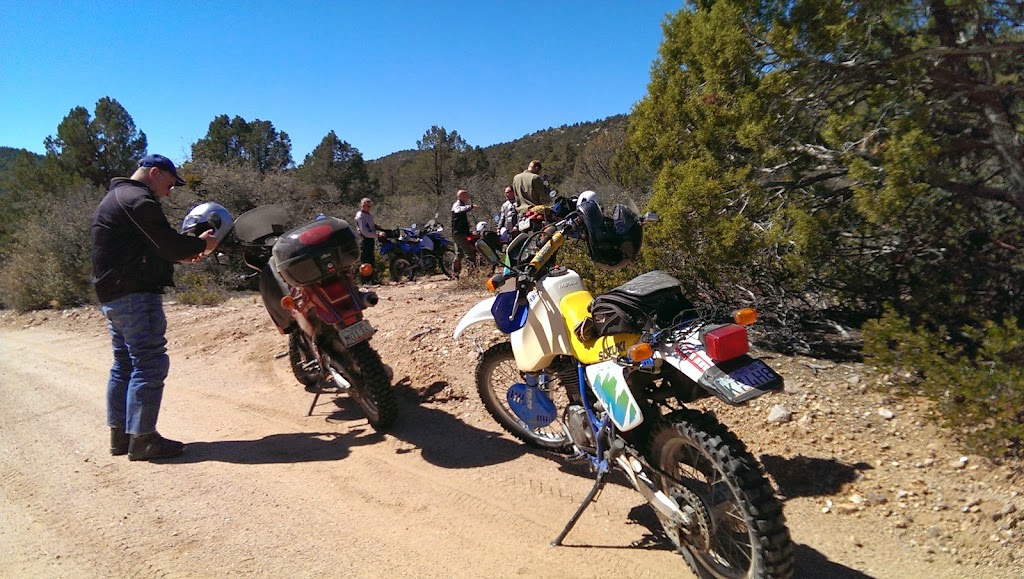 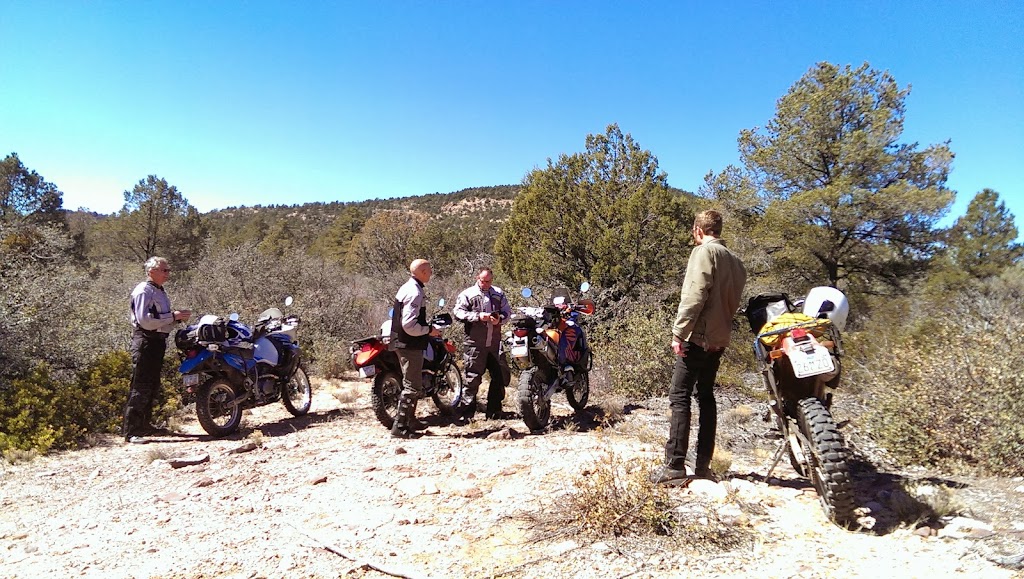 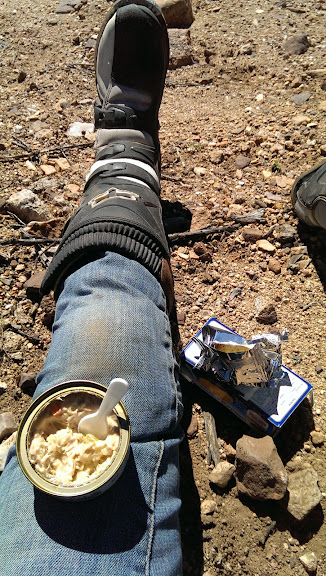 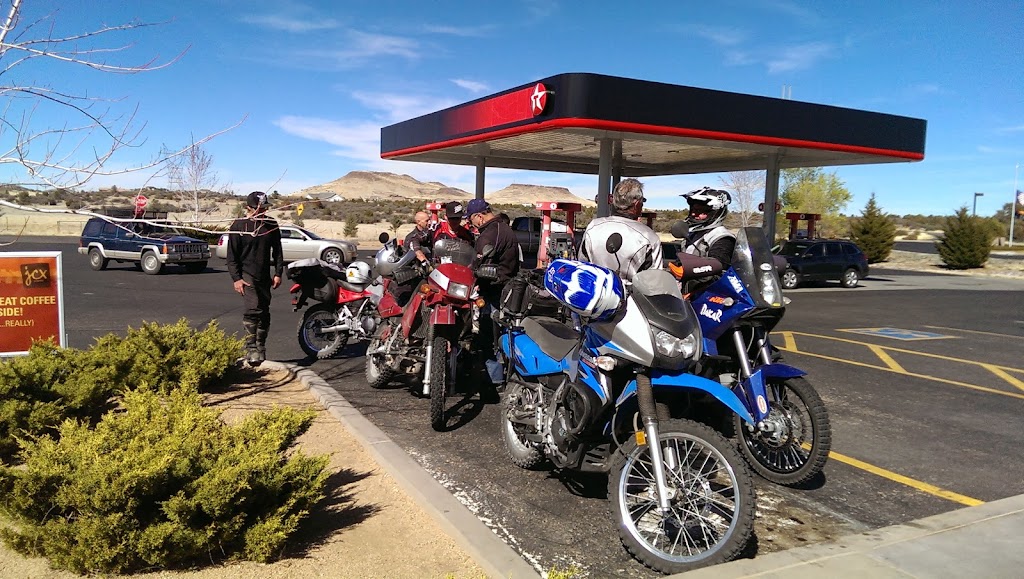 Got home after dark to find my new lower seat for the DR waiting for me! (thanks FedEx!)

This evenings workshop where I took off the Big Blue.

Kind of a wonky self-portrait, but trying to show that I can finally touch the ground – and with both feet even! I’m not flat foot, but good enough!

Tomorrow I’ll shorten the kickstand (somehow? with a little help from my friends….) so that it doesn’t tip over when I try to kick-start it. 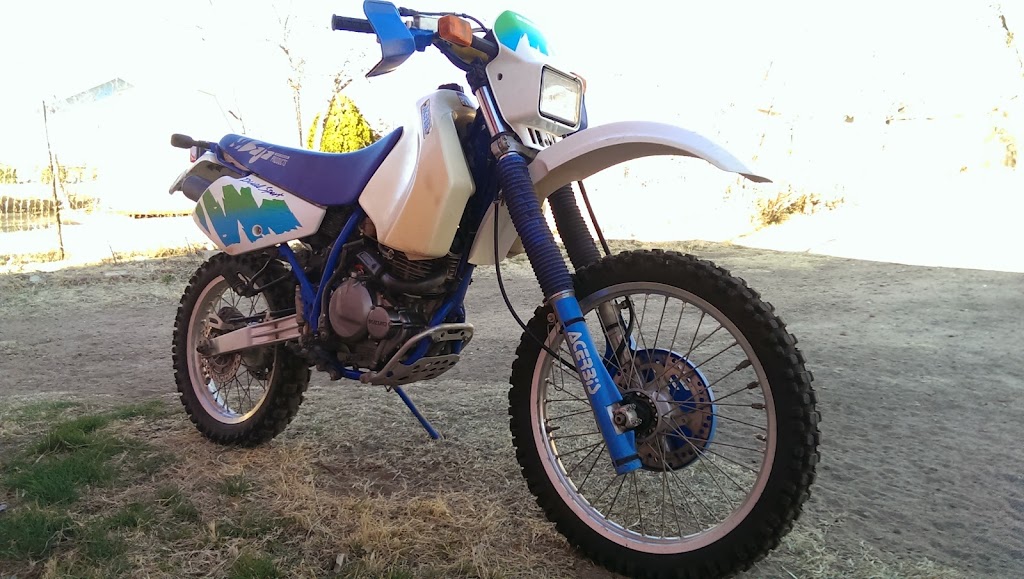 It’s hanging out with my Hawk:

I’m 5’4″ so it’s a wee bit tall for me, especially with that fancy seat. 🙂
It’s been many years since I did any off-road riding (and back when I did, it wasn’t much) so I’m really excited about getting back into it.

Got 2″ lowering links for the DR and installed them yesterday at a friend’s house.

Got the DR up on a stand

Got the old links off and set them next to my shiny new 2″ lowering links.
They don’t look much longer. Hmmm. 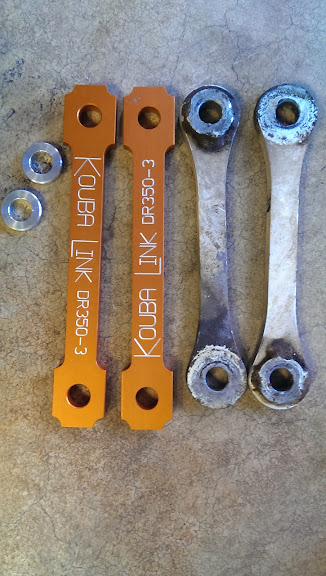 Got the new links on and torqued down

My friend’s doggie kept an eye out for danger 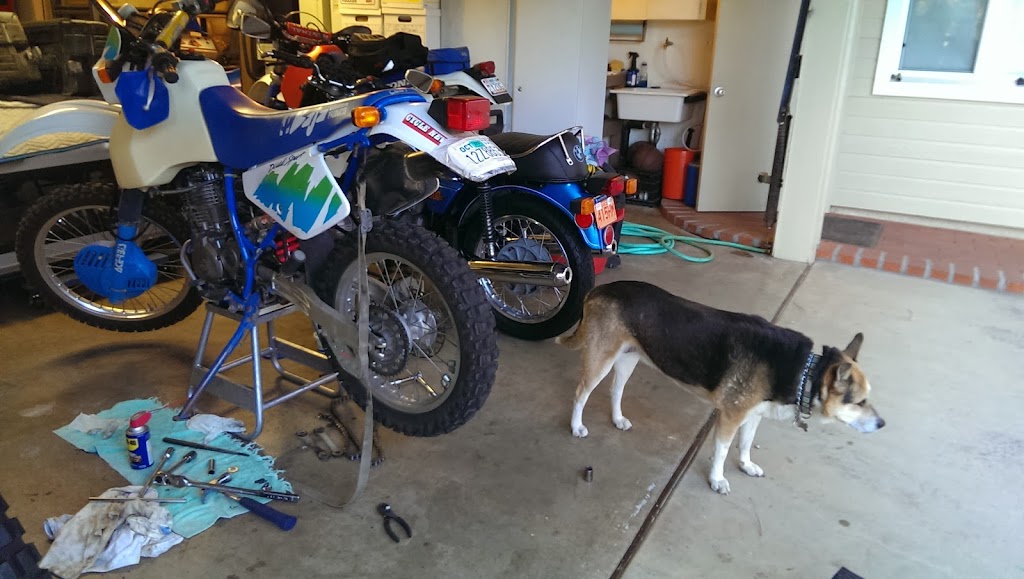 The links got me about 1.5″ lower.
We adjusted the suspension a bunch and ended up around 34.5″.
I can now touch with tippy toes with both feet, so that’s definitely better.
Now I need a shorter kickstand!