Back to it!
Progress will be slowish, but it’s getting there.

Yesterday, got set up. 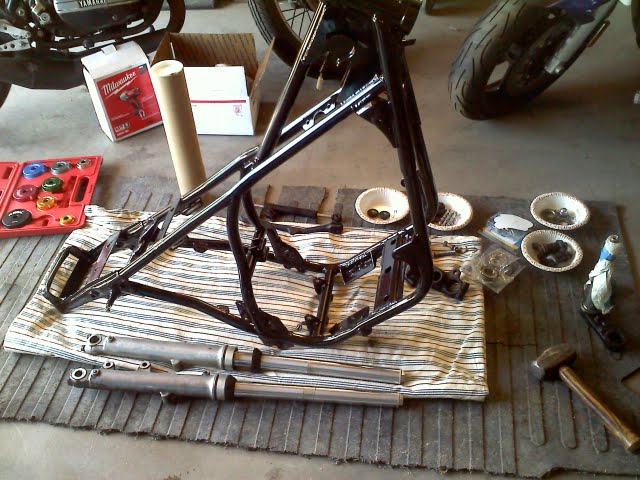 Notice the mallet? That will be for later when I get ****ed off at my forks. Not really, but it’s a distinct possibility.

With the help of some proper tools 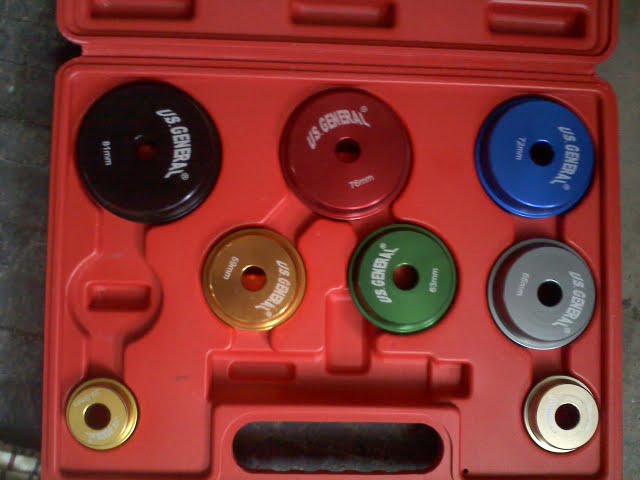 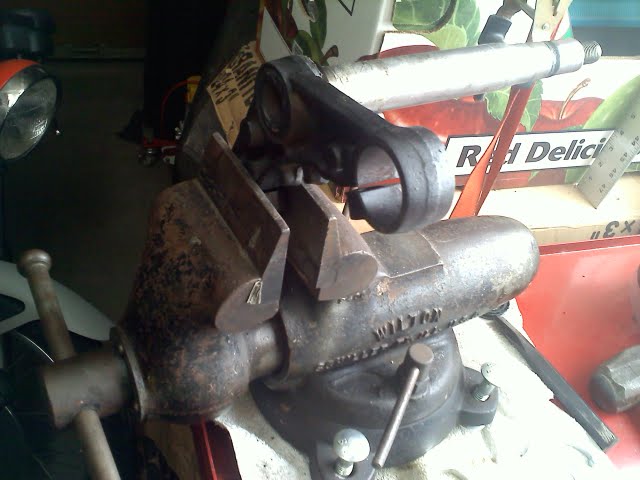 And a friend’s help, I got my steering head bearings in.
Yay! 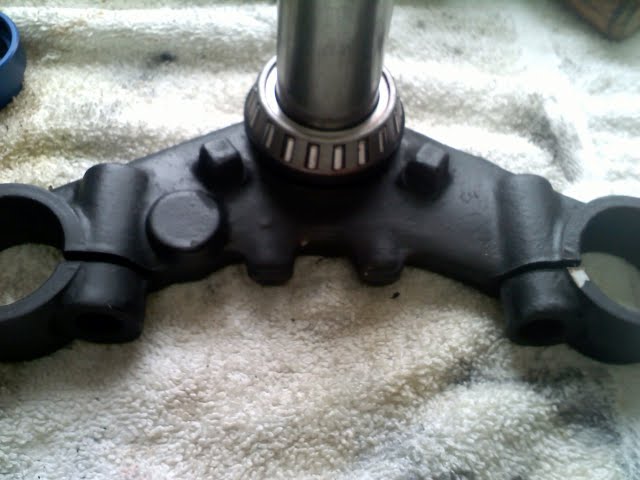 Pulled the caps and drained em, at least. 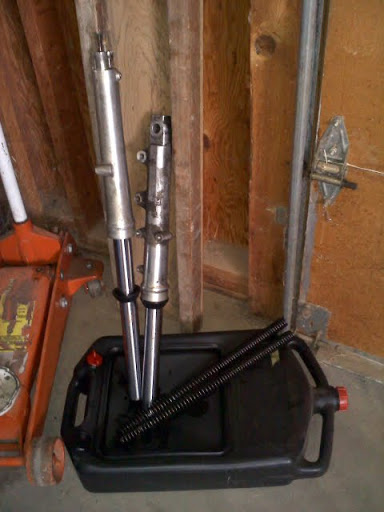 That said, I just did a bit ‘o research and found a possible solution. Will keep you updated!

We have known each other for 25 years. I was one of the young ones of the group. I was 14 when I met Steve and Levi, 15 when I really started to hang out with them and Malcolm and Groble and Joy and James and a whole slew of others. Except for one or two other kids my age, everyone else was in college. (Now that 4 year age different means little, but then…it was huge.)

I grew up with these people. We grew up together. I had trouble at home, and this group became my family. They still are. After all these years. We are lucky. Not everyone gets to have such a close-ness with a group people they knew for those few tumultuous years of the late-teens and early twenties. It is a uniquely kind-hearted, giving, bunch. And most of them would just as soon punch you as hug you for saying such a thing. My good nights at basement shows at Lost Cross were measured by how many bruises I ended up with. It was hardcore and I was an angry teen.

Holy shit am I tired. It is 3:30am on Saturday night/Sunday morning. I didn’t want the evening to end. I still don’t. I hang on to a thread of consciousness in order to write this.

I didn’t know what to expect. I reconciled with my past many years ago and had trepidations to revisit it. I was worried that it would be too surreal, too awkward, too weird.  I thought it would be difficult to see people, that I would be surrounded by familiar strangers and a room full of nostalgia.

Instead, I found my family waiting for me.

We are punk rock.
To me this has always meant hard, fast music, drinking and smoking, and a tight-knit bond of intelligent, thoughtful people.

These are my people.

I wrote that last night, but wanted to include photos but was too tired. This morning I thought “maybe I’ll edit it first.” But I’ve decided to leave it be.

It is almost 12 hours later – 2:30pm on Sunday – and my head hurts. I met more friends for breakfast/lunch today and now I’m ready for a nap.

So, that said, ya’ll are on your own for photo-viewing this time. I haven’t the energy to chose and embed. Here are pics I took yesterday and last night. (I did motivate enough to put some captions on these photos.) 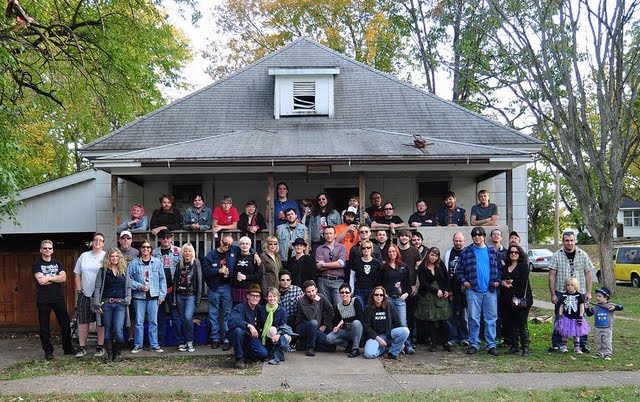 I can’t sleep. I had disturbing dreams that I was visiting my dad and having trouble repacking my bag. I know that doesn’t sound disturbing, but it was. There was some element of hiding in there as well. I don’t know if I was hiding or if I was helping someone else hide. Perhaps the stories of hiding Jews during the war got into my dreams in some twisted way. That never happens….

Another long day of travel ahead. WAW –> HEL –> ORD then drive the 5+ hours to Carbondale. The drive will be tough after all that flying. But there is no other way to get down to C’dale at this point.