Started off Saturday with a bang!
My friend Steve from Howlers VMC came over and we were going to kick some serious RD butt and get ‘er done!

I finished wiring in the tail light while Steve torqued down everything on the bike. 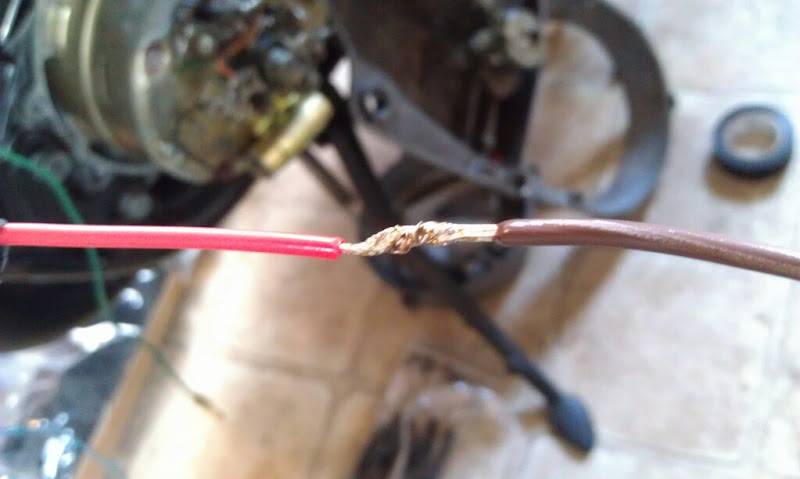 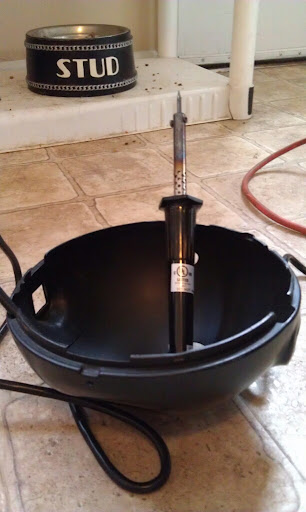 I think I’ll route those under the seat mount. 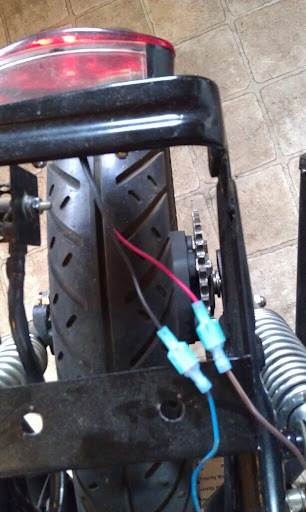 Cleaned off the chain. Ready for install! 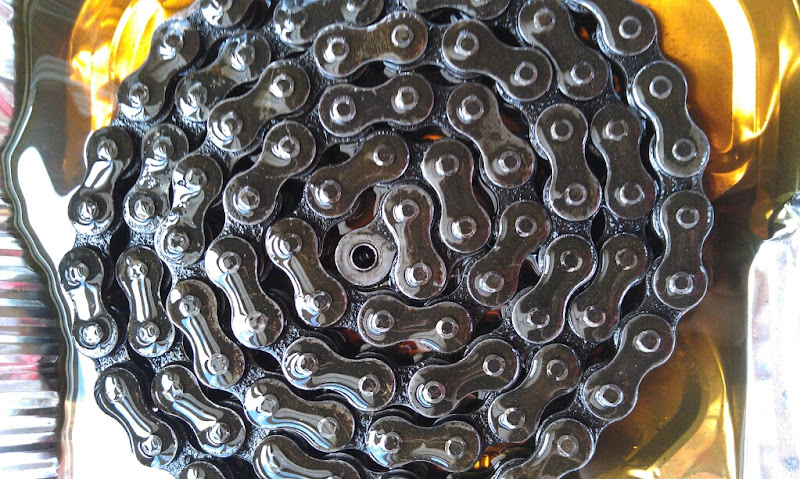 Doesn’t look like it’s close to done, but it is, I swear! 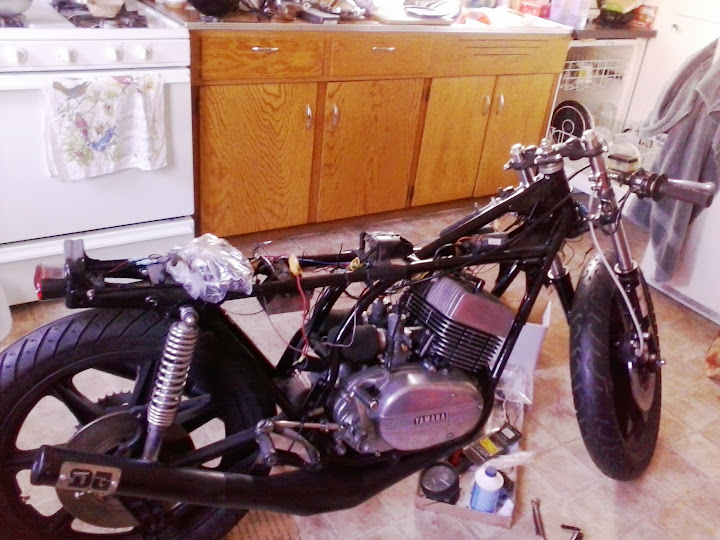 Needs little things like fenders and I gotta get some blade connectors for the battery. 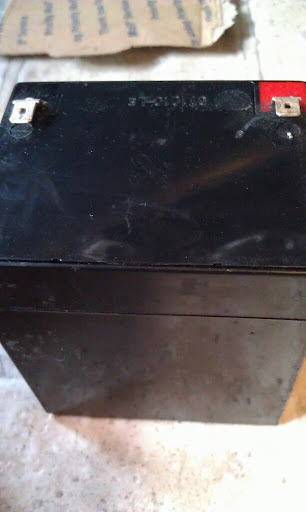 While installing the chain, there was a problem. One of the rotor bolts was hitting the swingarm. Uh oh. and WTH?
Time to take the rear wheel off and investigate. 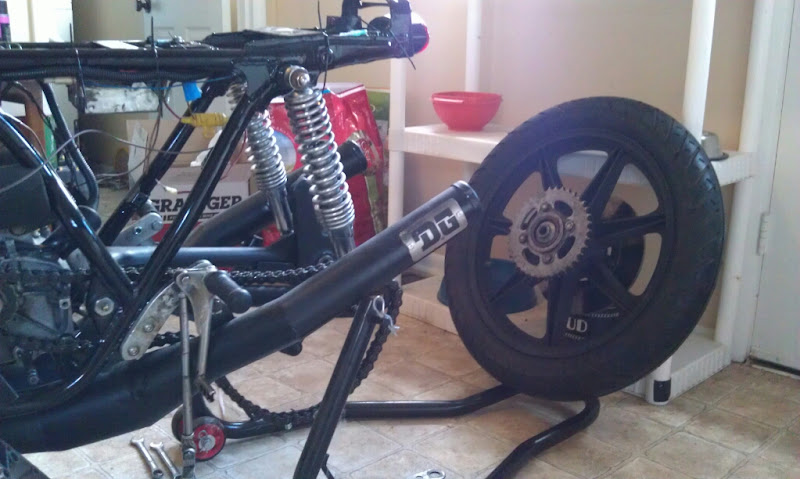 Marked with an X 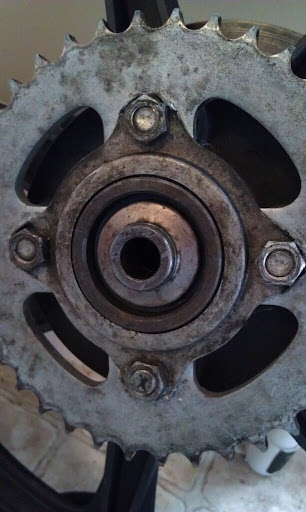 Turned out, whoever put the wheel back together (ahem) hadn’t seated the bolts properly. (der) 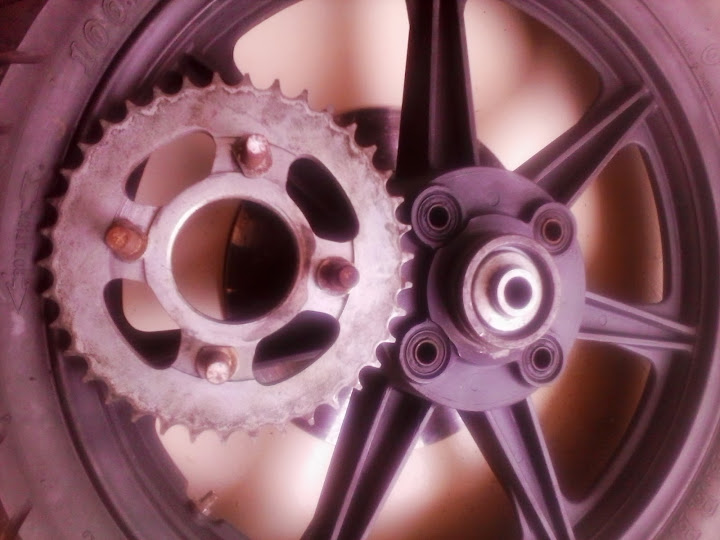 There are grooves they fit into. Oops. 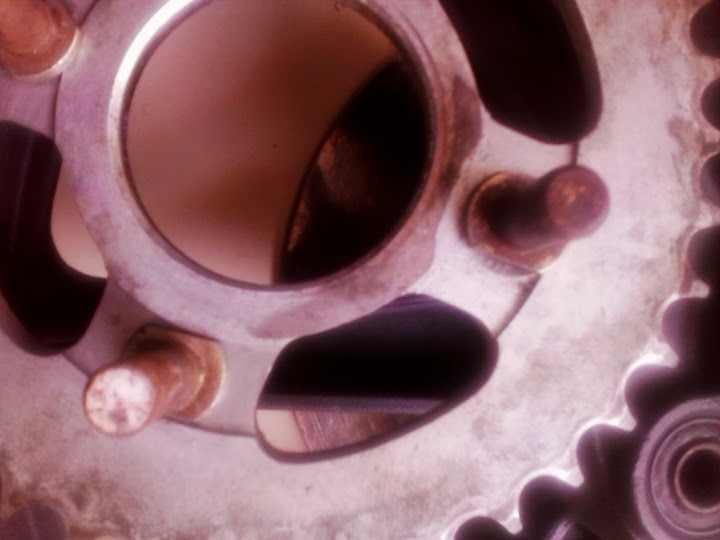 Got the bolts seated properly and wheel back together, but I ran out of time, so nothing else got done on the RD.

A few years ago I decided to make a conscious effort to say “yes” more often. The idea was that if you get invited to somethings and you say, “aww, I can’t,” or give one of those “maybes” that really mean “nah, I’ll most likely cancel at the last-minute,” then after a while, you stop getting those invitations and one day you are sitting at your desk at 7:00pm on a Friday night wondering why you are alone.

I am kind of a very social recluse. I know, that sounds like an oxymoron. I don’t always notice when I’ve spent a lot of time alone. I get used to it. But I also crave interaction with others. I need those human connections. But it’s easy to get lazy or, after spending many hours alone, shy away from going out. It becomes a cycle: I haven’t been out in hours, so I don’t feel like venturing out, so I stay alone for more hours, which makes me not want to deal with the hassle of the outside world even more…. it’s self-perpetuating.

Because I know I have the propensity to fall into that pattern, I decided to say “yes” more often.

“Yes!” I would love to go to your pool party this coming Sunday.
“Yes!” I will help out with the creek cleanup.
“Yes!” I will volunteer to host at the film festival.

And I almost always have fun at these things. And even the times I haven’t had such a fabulous time, I’ve learned something. Sometimes the learning is just knowing I can suck it up enough to get through whatever it was! Ha!

One of the really cool things about saying “Yes!” is that other cool things tend to happen because of it. I meet new people, I get invited to something else interesting, maybe I learn a new recipe… there’s always something.

Came home today to find an expected package in unexpected smooshy condition. (I finally broke down and bought a headlight!)
Ruh row. 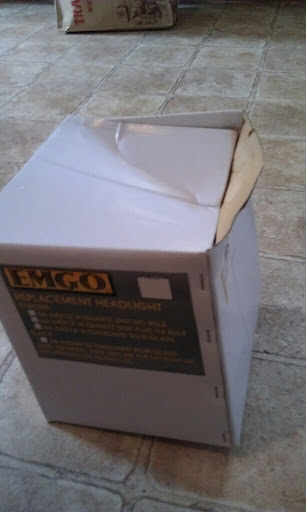 Crossing my fingers that my new headlight wasn’t also smooshed, I opened the box. 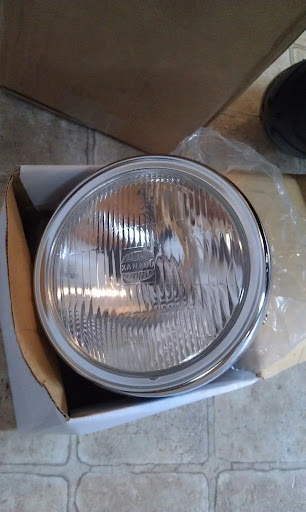 But holy hell is that thing shiny! I’ll have to do something about that. 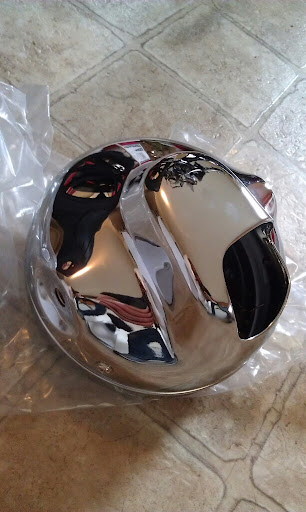 I mocked it up on the bike (need larger mounting screws and probably different ears, or just bend these.) 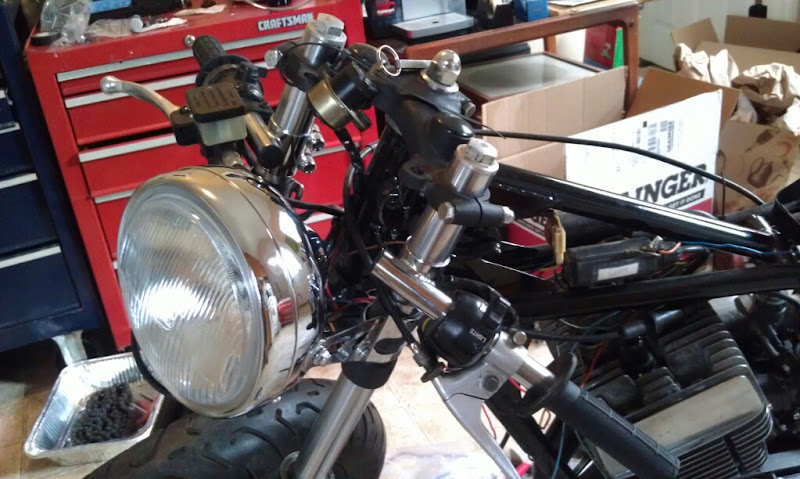 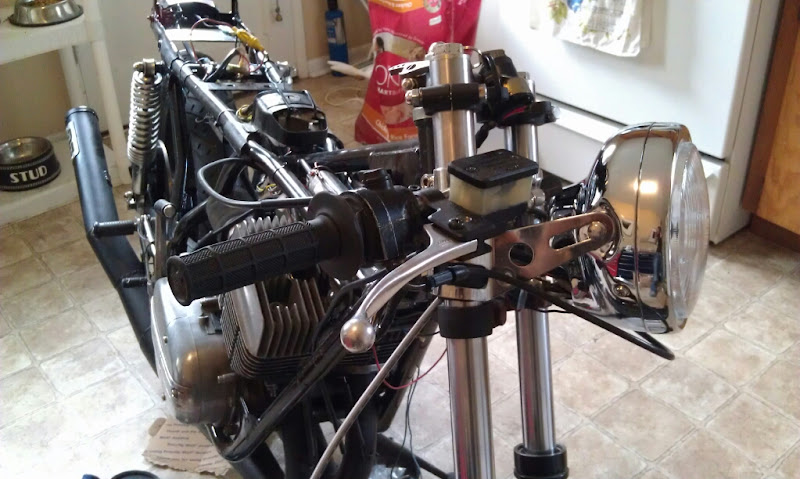 Cool!
That was the last major hurdle to getting RD done finally! Now I have to find time for the rest of the smaller stuff.

Off to buy a spark plug for the KL now….