A couplea days ago a friend came by to help me out with the battery box and shift linkage. He’s an Engineer and welder – good combo.

He took them both and worked some magic. Instead of welding the battery box to the frame, he welded on some metal (you have to say “metal” like “MEH-TAL!

“)  and tapped a couplea screw holes in there so now it’ll be mounted with screws instead of solid. 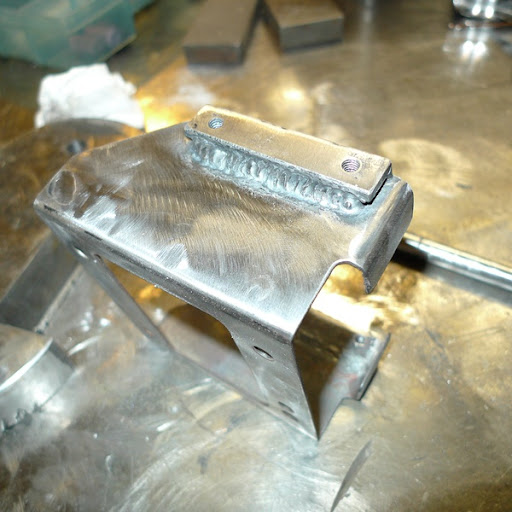 Have I mentioned that it’s too early and I’m just starting to drink my coffee?

He extended the shift link by splicing in a piece in the middle. Sweet! 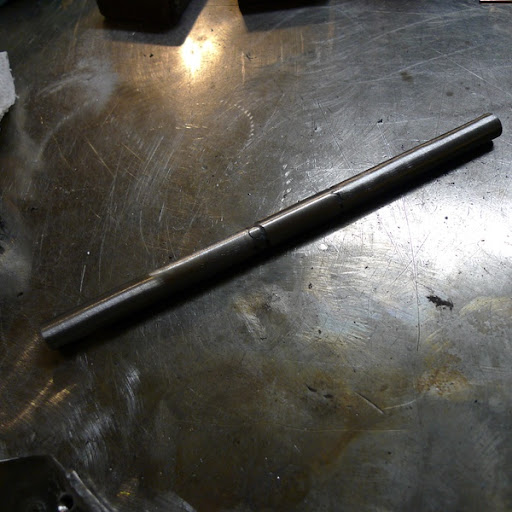 I’ll get these from him tonight, and hopefully put em on tomorrow.