When I bought the bike, the seller told me it was an “open title” that he’d never put in his name. Okay, not a huge deal. However, when I received the title (long distance sale), I found that he had signed the back as the buyer two years ago.

Crap! I just got a useless piece of paper.

I expressed my displeasure (!) to the seller and set about trying to get my bike titled.
I went to an “Authorized Third Party” DMV place and was told I needed a notarized Power of Attorney.

After some mis-matched numbers and mail back and forth…  He got me the correct paperwork – it arrived this morning!

I hooked the trailered bike up to my dirty little car which I still haven’t washed post-Haboob. (it’s fun to say, isn’t it?)

and skedaddled over to the Authorized Third Party place I went to last week.

The DMV lady took all my paperwork 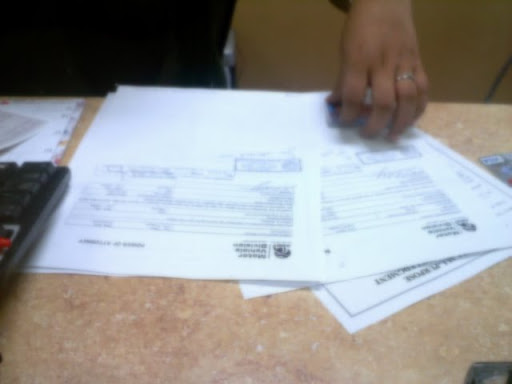 and a whopping $27 later, I had me a bonafide title!

Tomorrow, I pick up my DG expansion chambers from the sandblaster, and hopefully, I’ll get the brakes sorted out over the weekend. Going to look into modding some FZR600 rearsets or some other rearset fix. Yay!